The Health Foundation provided over $3 million to the Worcester Housing Authority (WHA) to enable families to achieve economic self-sufficiency and transition out of public housing. WHA aimed to break the persistent cycle of poverty and public housing reliance and transform the lives of its residents with comprehensive wrap-around services that promote a strong and self-sufficient family unit.

The Health Foundation provided approximately $1 million to fund The Compass Project to prevent youth and young adult homelessness. A network of providers in Worcester who serve youth and young people at risk of homelessness was created and continues to this day.

Under the CMS Section 1115 waiver that was approved for Massachusetts in November 2016, case management services will continue to be provided for MassHealth recipients, which means additional support for many of these young people from July 1, 2017-June 30, 2022.

The Health Foundation provided over $900,000 to the Improving Access to Health project. Milford Regional Medical Center (MRMC) identified concerns about access to primary care in its service area and the impact it was having on the emergency department. MRMC brought together a group of community organizations that determined that a community health center would improve local access. The Edward M. Kennedy Community Health Center, which was already seeing several hundred patients from the Milford area at its Worcester and Framingham sites, agreed to construct a satellite in Milford. 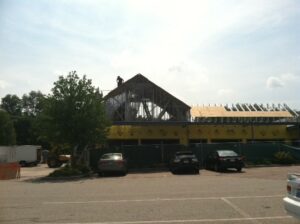 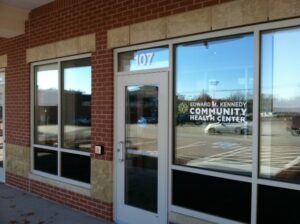 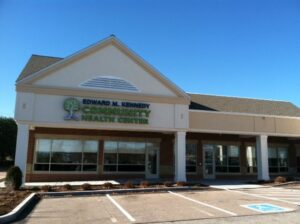 The Health Foundation provided over $2.3 million to Advocates, Inc. for WISR, Wiser Men and Wiser Women to reduce recidivism among men and women who were formerly incarcerated, thereby improving public safety and public health. Key elements in achieving this goal included access to social and health services, housing placement, and employment readiness and job placement.

Hunger-Free & Healthy received $1.5 million in funding from The Health Foundation for a variety of approaches to improve local access to healthy food and to reduce hunger in Worcester.

The Choices Program was a comprehensive approach of effective techniques and strategies that directed at-risk young people in Dudley/Webster toward positive alternatives. Through a referral network of linkages by local clubs with school, police, courts, other juvenile justice agencies, social service agencies and community organizations, youth were recruited, needs and interests assessed, support teams created and club programs offered as a diversion from at risk activity.

In an effort to address mental health and substance abuse issues among 6th-12th graders (approximately 760 students) attending Murdock Middle High School (MMHS) in Winchendon, MA, The Winchendon Project (TWP) was developed in 2007 and implemented from 2008-2012. TWP provided prevention and early intervention for youth suffering from behavioral health problems by increasing awareness and providing access to services and programs in school and the community.

Over the course of the project, TWP experienced a number of accomplishments including:

The Women’s HIV/Sexual Violence Initiative was a collaborative effort among five partner agencies: AIDS Project Worcester (APW), Family Health Center of Worcester, Inc., Pernet Family Health Service, Rape Crisis Center of Central MA, and YWCA Daybreak. The premise of the project was to address the high rates of HIV/AIDS disease among women in Central Massachusetts; with specific attention to women who have a history of or are experiencing sexual violence.

APW staff worked in the community to educate women about the risk factors related to sexual violence, STDs and HIV/AIDS. Project staff visited more than 50 agencies over the course of this project and screened more than 1,000 women. In 2009, 480 women were screened and 147 participated in the program.

The Central Massachusetts Oral Health Initiative (CMOHI) began in early 2000 in response to the urgent need for improved access to oral health care in the Central Massachusetts region. Of particular concern were low-income, uninsured children and families who lacked access to preventive and restorative oral health treatment. CMOHI partners sought to increase available oral health services while removing barriers to such services.

CMOHI developed into a broad-based partnership of 25 state and local organizations. The contributions from these partners led to improvements in access to oral health care for under-served populations in the City of Worcester and Southern Worcester County, while also providing lessons for oral health initiatives in other communities in Massachusetts and around the country.

Some of the key accomplishments of CMOHI include:

The Health Foundation provided nearly $2 million in funding for this collaborative effort to develop a coordinated, community-based effort to prevent child abuse and neglect, establish a continuum of care for victims and their families, and advocate for legislation to address shaken baby syndrome and provide for sexual assault nurse examiners.

The goal of OHINCM was to increase access to dental services and improve the oral health of underserved residents of North Central Massachusetts. A number of comprehensive, integrated and collaborative strategies were implemented in the areas of access, provision of services, education and advocacy.

The outcomes of this initiative were substantial. They include:

The Health Foundation’s funding of TFK totaled $1.8 million for the development of a mental health consultation model to aid the social-emotional development of preschoolers who presented with challenging behaviors in child care settings.